Pastor Dale Montgomery trusted Jesus Christ for his salvation at age 7 and was called to preach as a teenager. He received his bachelor’s degree in Pastoral Ministries from Pensalcola Christian College in Pensalcola, Florida. After college, Dale and Rachel Montgomery were married and moved to Santa Maria, California where he served on the pastoral staff at First Baptist Church under Dr. Jim Schettler. He received further training from The Crown Seminary in Knoxville, Tennessee where he earned a Master of Ministry degree. Burdened for the need of a Bible preaching church in the growing greater Savannah area, Dale and Rachel Montgomery were sent out from Dr. Clarence Sexton and Temple Baptist Church in Powell, Tennessee to plant Savannah River Baptist Church in August 2010. Pastor Dale is passionate about preaching the gospel of Jesus Christ and encouraging people of all ages to become faithful followers of Jesus Christ. Pastor Dale and Rachel have five amazing children: Caleb, Lydia, Luke, Esther, and Ethan. 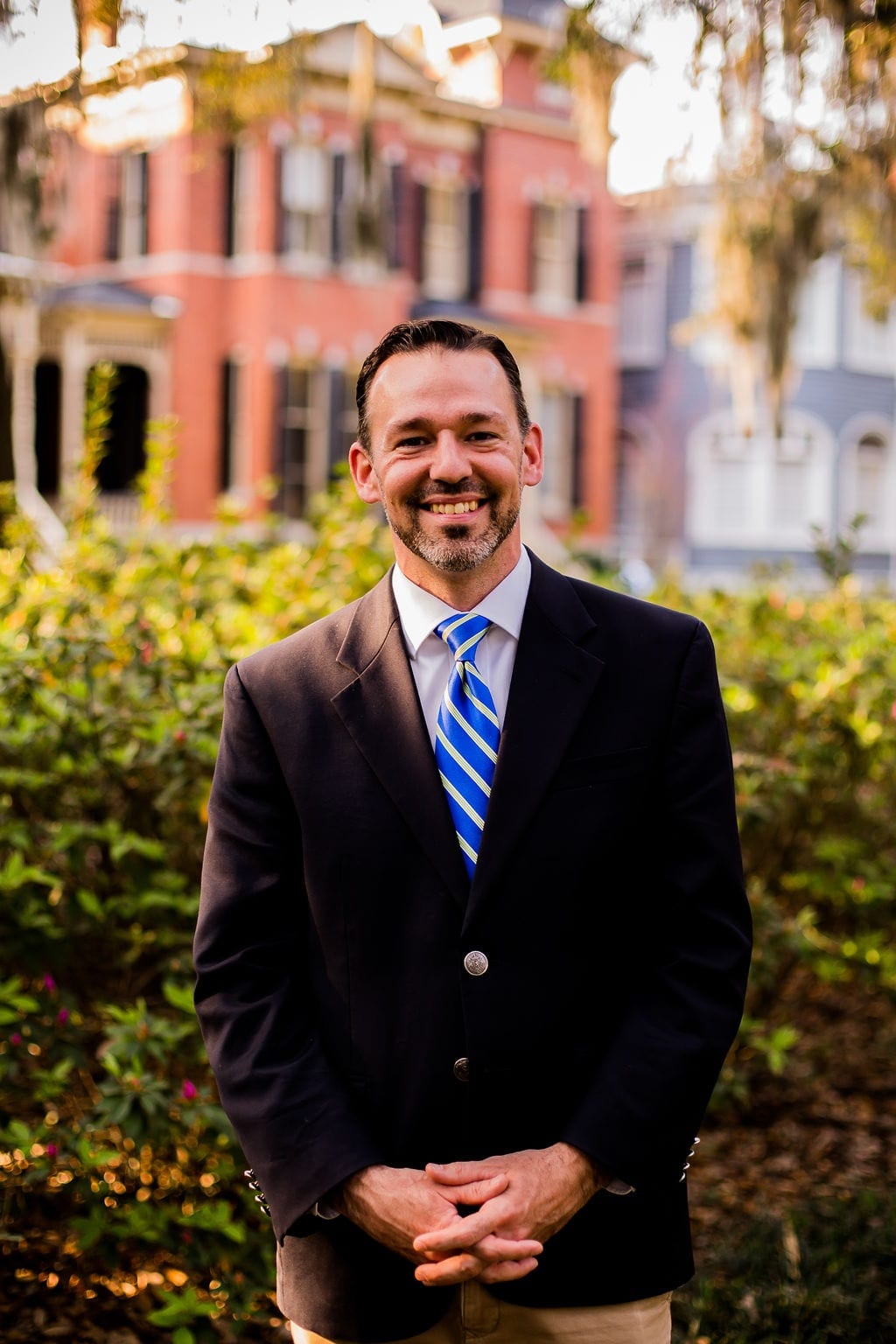